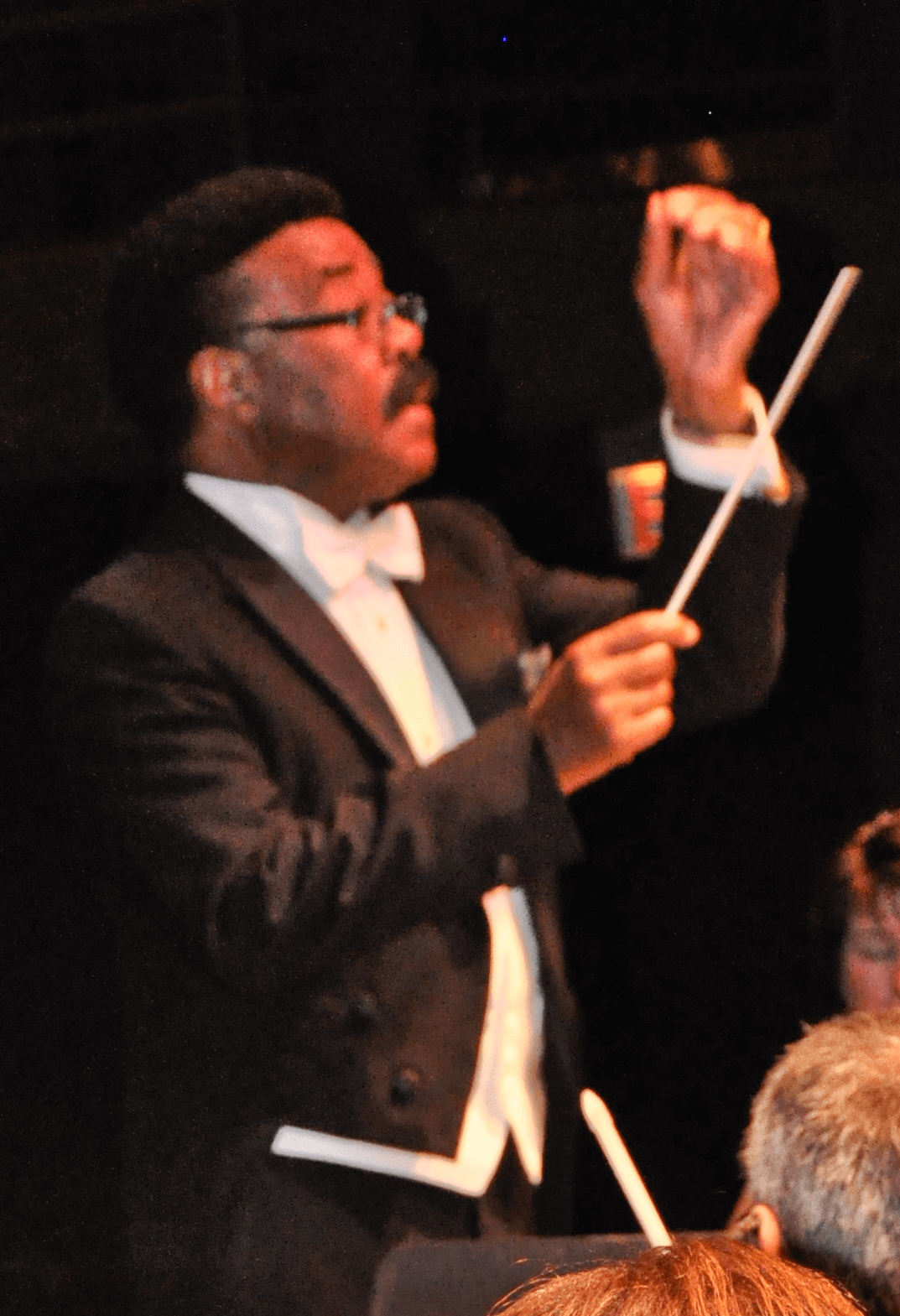 Quotes from players and press describe him as “classy, zealous, knowledgeable and passionate; a nurturing and positive leader; a natural teacher.”

DINGWALL FLEARY is highly regarded for his outstanding overall musicianship, and orchestra-building skills. He is recognized in various musical capacities, from conductor to pianist, harpsichordist, organist, and pedagogue throughout the Greater Washington, D.C. area. He was chosen to lead The McLean Symphony—first known as the McLean Chamber Orchestra—at the time of its inception.

Fleary is native of St. Louis, Missouri, where his musical interests and education began in the company of notable musicians from his hometown, including one of his first instructors, the remarkable musician, Kenneth Brown Billups, about whom little is known today. Equally influencial was the conductor of the St. Louis Symphony, Vladimir Golshmann, who expanded his love of orhestral music. His formal studies were at the University of Kansas, at Lawrence, and Northwestern University. At both institutions, he  received highest honors. In 1962 he accepted teaching positions at both Bennett and Vassar college in upstate New York.

Since moving to the Washington area in 1968 Maestro Fleary has become widely known as a conductor, teacher, coach, lecturer, and advisor to aspiring artists. Among other things, he scripted and starred in a two-man stage production titled The Measure of a Man: The Life of Paul Robeson. The production had its premiere at The National Archives in Washington, DC, then was to tour colleges and cities throughout the United states. Following further studies at the L’Accademia Musicale di Chigiana in Siena, Italy, he became a contestant in the Dimitri Mitropoulos Conductor’s competition, held in New York in 1970. Although not a finalist, he ranked in the top ten of over 150 worldwide contestants. It was after that achievement that he was called to the attention of the directors of McLean’s Academy of Musical Arts to organize an amateur orchestra in the McLean community (See “50 Years of the Symphony”).   Also resulting from the competition were invitation for Mr. Fleary to guest conduct principal orchestras in St. Louis, Fort Worth, and Baltimore, among others, and has participated as a conductor for Mozart Festivals in Salzburg and Vienna, Austria. For five years he was the music coordinator/director for the International Children’s Festival at the Wolf Trap Park for the Performing Arts, and served four terms on the board of as a member of the Viriginia Comission for the Arts.

Concurrent with his position with The McLean Symphony, he has been the Music Director of the Reston Community Orchestra since 1997, and serves as Director of Music and Organist at the Emmanuel Lutheran Church in Bethesda, Maryland. Fleary was the first to receive the Outstanding Artist Award from the McLean Citizen’s Association, and he is the recipient of countless local, state and national awards for his musical involvements from organizations such as ASCAP (the American Society of Composers, Authors, and Publishers) for the programming of contemporary music, the Arts Council of Fairfax and Gubernatorial awards and proclamations from the Commonwealth of Virginia.

For the orchestra, Dingwall Fleary has garnered awards from ASCAP , and Resolutions and Commendations of various sorts over the years from the Commonwealth of Virginia. His personal awards have come from the McLean Citizen’s Association, the Northern Virginia Chapter of the National Urban League, the Northern Virginia Music Teachers Association, the St. Louis Club of Washington, DC, Rotary Club of Tysons and McLean, the Missouri Historical Society, and the St. Louis Arts Council.